Jul 27, 2016 – Virtual Reality is an on screen augmented (artificial) environment that users experience through VR head gear. The setting captures programmed sights and sounds that trick the brain into picking them as a real world.

The VR world has hit the 21st century with vigor, and many gaming companies and gamers worldwide are using more VR platforms. To access a virtual reality, users need to buy a VR equipment such an Oculus headset to be taken to this new and exhilarating environment.

In VR, however, the user wears the headset and the actor/actress is in proximity with their faces where their viewing angle becomes wider and the user can focus on different areas of the room. 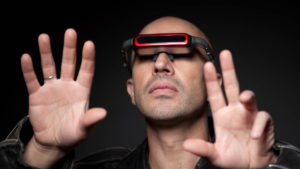 Individuals who don’t have the self-esteem to approach a woman and ask for sexual favors will now use this new environment to try out their skills and become confident.

Couples stuck in a rut can use virtual reality together and discover new sexual experiences they haven’t tried before!